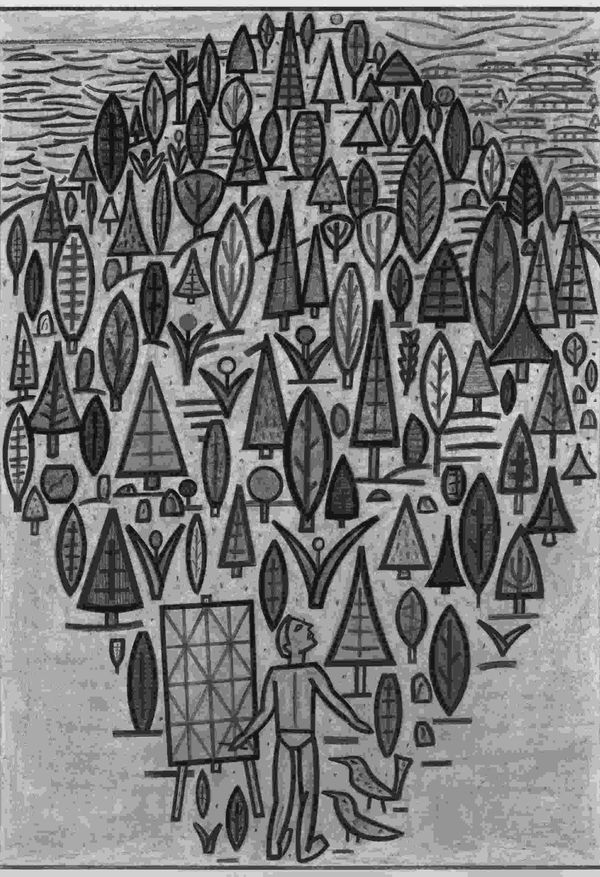 Known for stylized, precise, graphic imagery, Howie Lee Weiss’s artworks have been reviewed in such publications as Art in America, The Boston Globe, The Philadelphia Inquirer and The Baltimore Sun.

Weiss’s iconic drawings have been exhibited in galleries in New York, Philadelphia, Boston, and Washington, DC. His artwork has also appeared in venues throughout Italy. In Japan, Weiss lectured with the Keisho Art Association in conjunction with an exhibit that featured his extensive, free-style sketchbook practice.

Howie Lee Weiss is currently affiliated with Goya Contemporary Gallery. Previously, his work was featured at the C. Grimaldis Gallery.

A professor who has influenced multitudes of students, Weiss oversees all aspects of the Senior Thesis Program at Maryland Institute College of Art (MICA), and coordinates studio programming and the Artist-at-Noon Lecture Series. Twice he has received the Trustee’s Award for Excellence in Teaching at MICA. He also co-directs the MICA Summer Intensive Abroad program in Italy.

In addition to a focused and disciplined studio life, Weiss swims regularly, attends classical piano and opera concerts, and is a collector of vintage graphics in the form of posters and coffee tins.

A Pennsylvania native who began to draw at the age of five, Howie Lee Weiss was raised in a working-class, northeastern coal-mining town in proximity to the sophisticated, elegant vacation resorts of the Pocono Mountains.

Mr. Weiss earned his MFA from Yale University School of Art & Architecture and his BFA from the Maryland Institute College of Art (MICA).